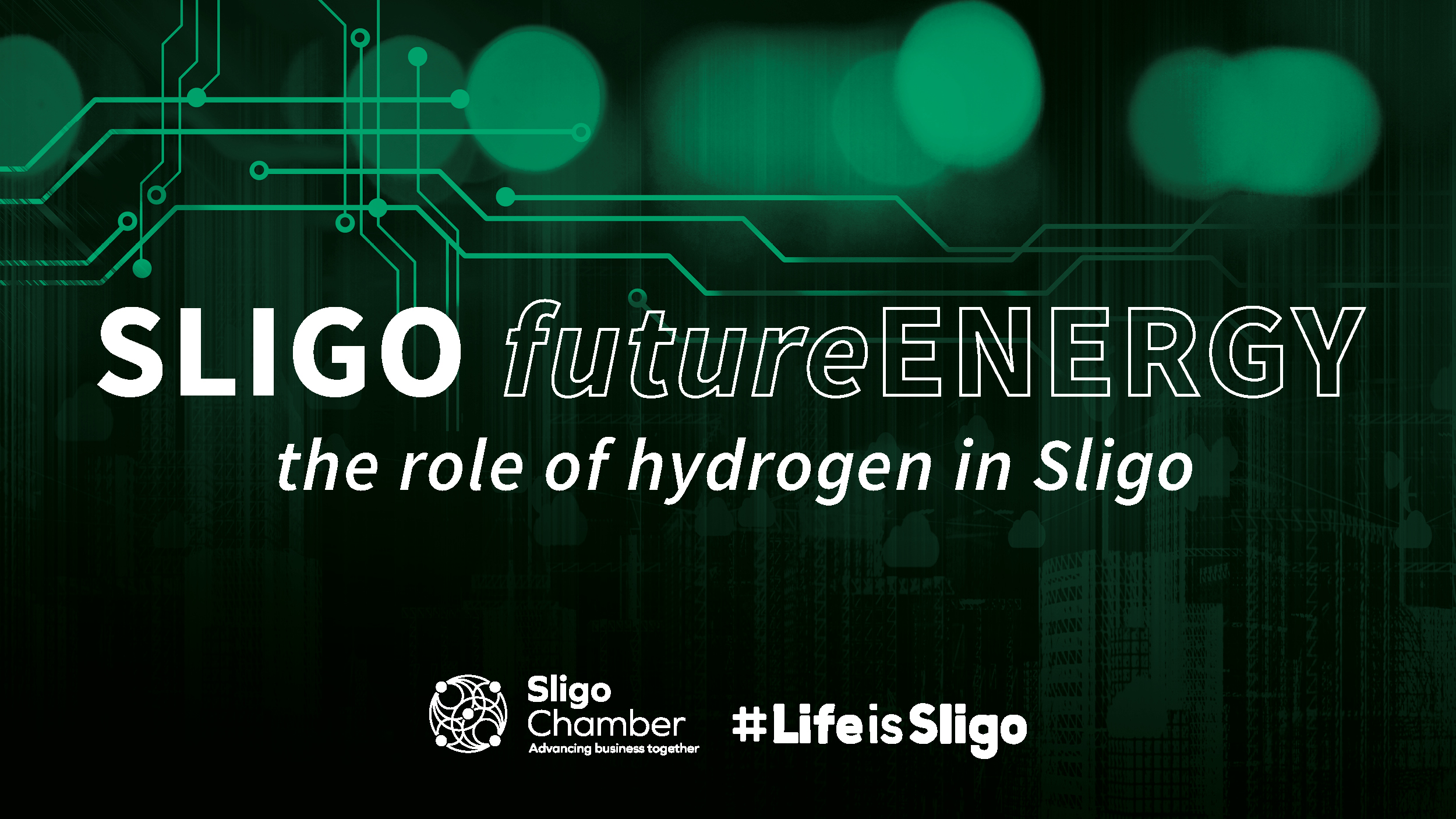 By 2030 much will have changed in how industries in Sligo and its neighbouring counties consume energy, and hydrogen will figure prominently in the new energy landscape.

As discussed in last week’s article, the first phase of Sligo’s energy transformation will see the development of a gas ring main which will be fuelled in part with gas generated by anaerobic digesters. Ultimately, however, it will be fuelled by hydrogen generated within the region.

Sligo Chamber’s Industry Group along with Sligo Chamber’s partners in the Sligo Sustainable Energy Community, including ATU Sligo, Abbvie, Abbott, Sligo County Council, Sligo University Hospital (HSE), IDA, Aurivo and other large energy users, has been working towards this eventuality by ensuring that Sligo and the North West figure prominently in Gas Networks Ireland’s and EirGrid’s plans for Ireland’s transition to clean energy.

Hydrogen is an inherently clean source of energy, and the first hydrogen plants for the North West are already in the pipeline. Bringing those plants beyond planning and into production is an imperative and an opportunity as the Corrib gas field has a limited life.

“Corrib gas will have to be replaced, so anywhere along that North Mayo route will be looking to inject hydrogen into the gas system,” says David Kiely, chair of the Chamber’s Industry Group and a partner and director with Jennings O’Donovan Consulting Engineers.

“The good news is that we won’t have to factor in replacement piping to the same extent as other countries as the gas system in Ireland is predominantly new, which means it’s plastic so not reactive to hydrogen.”

David says that wind energy projects under development in North Mayo, parts of Sligo, parts of Leitrim and parts of Donegal will play a key role in the production of hydrogen.  “Windfarm developers are looking at using wind to generate hydrogen. They will create electricity using a windfarm, then they will use that electricity to split water into hydrogen and oxygen, recover the hydrogen and use it as fuel,” he says. “This is likely to be the option of choice where the electricity grid is weak or where as much as 15% of potential electricity generated by renewables is being lost due to constraints on the electricity grid.

“That fuel can either be injected into the gas grid, which they are doing in other countries to a limited extent, or it can be used to power heavy goods vehicles. There are fleets of buses and trucks that are in the process of going over to hydrogen. We will see a big shift to it between now and 2030.”

“In a nutshell, that is where the gas industry is going. Further hydrogen plants are in the planning process with local authorities across the North West.”

As these developments unfold, the Chamber’s Industry Group along with Sligo Chamber’s partners in the Sligo Sustainable Energy Community will continue to ensure that Sligo and the North West are not overlooked by EirGrid and Gas Networks Ireland.

Last year, EirGrid produced a consultation document called Shaping Our Electricity Future, which set out how it would develop the grid to 2030. “It’s big focus is on connecting offshore windfarms in the east of Ireland. It largely neglected the rest of the country, so we had a follow-up meeting a month ago to see what they are doing for the North West, and we told them they need to have a plan and it needs to be beyond 2030,” David says.

“They asked us to provide a development pipeline of all the large projects that we have visibility of in the greater Sligo area, so they can gauge what the electricity demand might be and what the generation outputs might be from new renewable projects. We will continue with that dialogue and hopefully we will get a better response from EirGrid for Sligo and the North West.”

David says these developments will probably require an additional link at 220kV between Flagford (near Carrick-on-Shannon) and Srananagh (near Sligo) to strengthen grid in the North West.

Sligo Chamber’s Industry Group looks forward with interest to reading Gas Networks Ireland’s new strategy document, which it hopes to publish in November 2022, and the Department of the Environment, Climate and Communications has recently initiated a Consultation on Developing a Hydrogen Strategy for Ireland. The closing date for responses is 2nd September 2022.