Our Centenary: a fascinating story of the last 100 years! 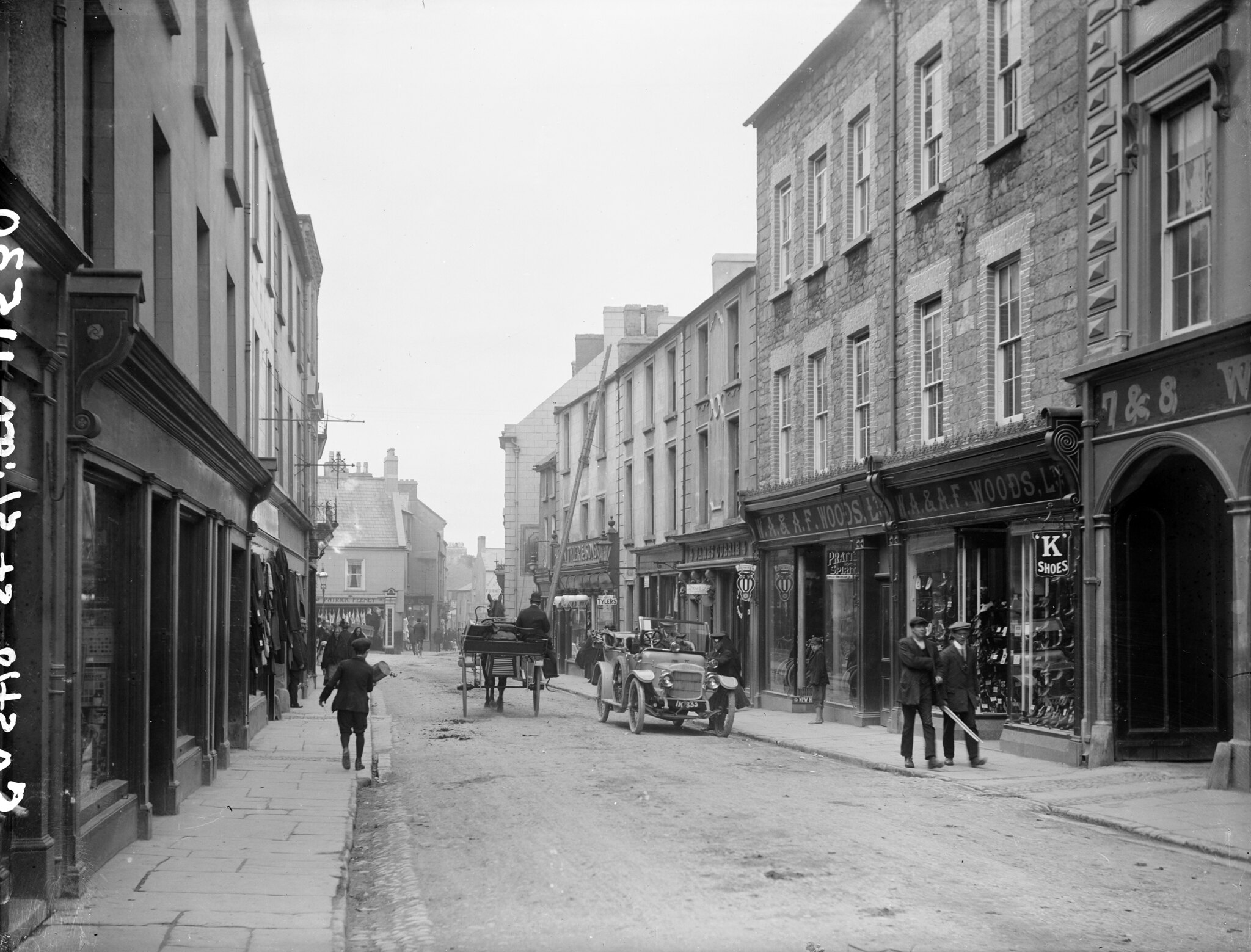 While history is replayed and relayed in images and terms that are black and white, Conor McCarthy knows colour lies in the detail.

The former president of Sligo Chamber of Commerce and Industry will be marking our Centenary Year – 2023 – by writing a series of bi-weekly blogs based on his work looking back over a century’s worth of the Chamber’s meticulous records.

“I thought it might be useful to look through the archives and put together a retrospective series of 25 pieces released every two weeks. Each piece will detail events that happened that week in Sligo in any given year over the last 100 years – be it 1923, 1930, 1945,” he says.

“The research is a slow process but a labour of love. I’ve been working on this since October, trawling through large tomes filled with handwritten notes which serve very effectively as the minutes of every meeting of Sligo Chamber for decades.”

Conor explains that the formation of Sligo Chamber in 1923 became essential due to the creation of the Irish Free State, when the State’s split from the United Kingdom led to the introduction of new customs tariffs along with the presentation of a bill of unresolved liability from the country’s near neighbours. To complicate matters further, the State was also struggling to deal with the financial fallout of the Civil War.

“The new Free State shifted the trade landscape dramatically. Customs tariffs came in that never existed before and every other major seaport in Ireland – Cork, Waterford, Dublin, Drogheda and Galway – had already Chambers of Commerce in place to deal with the logistics.

“Senator Arthur Jackson floated the idea at a meeting of the Harbour Board that Sligo should join them and on January 15, 1923, the first official meeting of Sligo Chamber was held in the Café Cairo on Wine Street.”

Indeed, so cash-strapped was the Irish Free State at the time, representatives were sent to the country’s major towns and cities in search of funds. Minutes from one meeting show that the then-Ceann Comhairle, Michael Hayes, visited Sligo Chamber to appeal to members for help in staving off collapse by supporting the Saorstat Eireann Loan, (The Irish Free State Loan).

“Sligo was a major port town at the time – probably on a par with Galway – and the Harbour Board members constituted a large part of Sligo Chamber. There was a time when three ships a day left Sligo port, with sailings from Sligo to Glasgow and Liverpool, so there was a lot of commercial trade and industrial prosperity in Sligo relative to the rest of the country,” says Conor.

“The visit by Michael Hayes was successful in that one handwritten, perfectly legible minute from that meeting reads: ‘The Irish National Loan (1923) is worthy of the strongest possible support.’ And the Free State really needed it considering the bill owed to the UK – which, in a more modern context, is a bit like the divorce bill the UK now has to pay the European Union.”

The archives paint a picture of powerful business interests in Sligo flexing their commercial muscles at national level to drive improvements in the economic and social health of the town.

“These minutes are fascinating and make for wonderful stories,” says Conor.

“There is a record from 1925 showing Sligo Chamber appealing to the Great Southern and Western Railway Company to provide lavatory facilities for the Sligo-Claremorris-Athenry line, which was a three-hour train journey. Imagine having to appeal to the generosity of a railway provider for access to a toilet?”

He continues: “Sligo Chamber was always ahead of its time – even with respect to car insurance. I’ve seen records from 1926 in which officials from Sligo Chamber were calling for the introduction of legislation to make car insurance mandatory for all drivers.

“In 1929, Sligo Chamber interviewed the chairman of ESB in connection with the erection of poles to electrify Sligo. The minutes show that they continually challenge the ESB on the cost of electricity which they felt was far too expensive and more than in other parts of the country. We’re still having similar conversations today about the cost of energy.

“The Chamber was always been on the ball in terms of what was needed for the future.”

Conor admits that the purpose of the project is to help Sligo Chamber connect with its members – the importance of which he appreciates from his previous term as President.

“As President of Sligo Chamber, I wrote a weekly blog to keep members up to date on our activities. The aim is the same here, in the sense that it’s about connecting with our members and that they know the Chamber is making efforts to communicate and to keep them informed,” he adds.