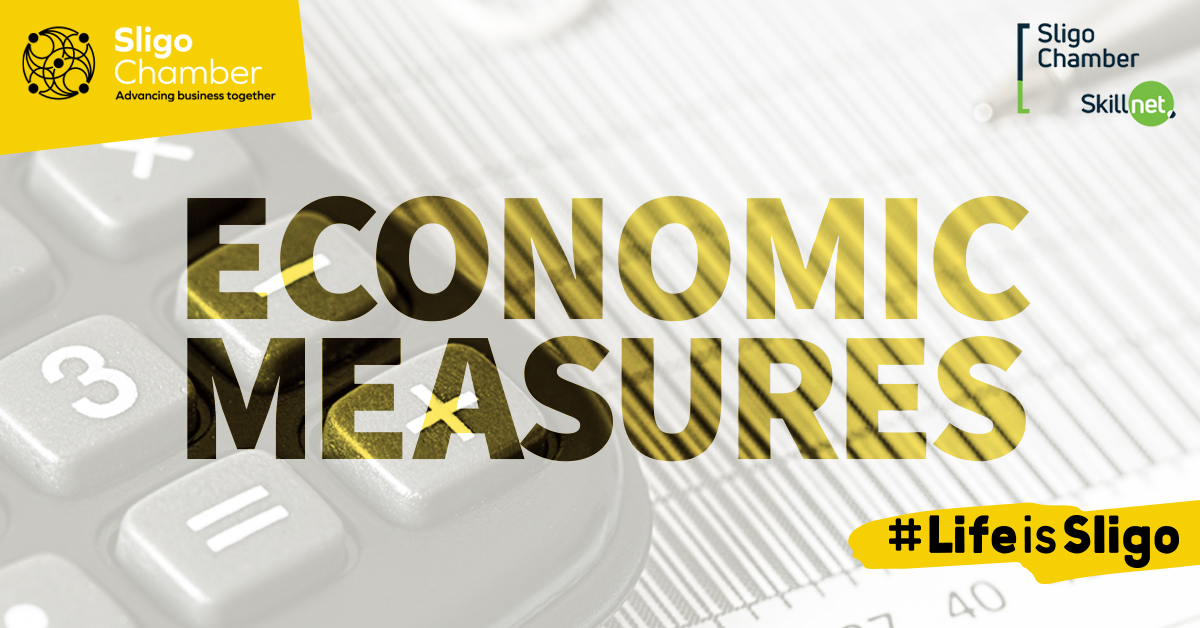 Sligo Chamber took part in a major survey organised by Chambers Ireland to measure and evaluate the impact that Covid19 is having on our economy and the result, published yesterday are sobering to say the least.

Sligo and the wider region have been badly impacted, and the Chambers Ireland survey showed that 84% of businesses expect revenue to decline by in excess of 25% in the next three months. Smaller firms are more concerned about loss of revenue and are more likely to expect a 100% drop in earnings.

The problem of reduced cashflow was demonstrated in a key finding that showed that more than six out of 10 companies have already sought a deferral on payments to landlords, banks or the Revenue Commissioners.

A majority of businesses/owners/operators believe that the two-month deferral of Commercial Rates payments will not be enough to have any meaningful impact on their business. Most believe that it would need to be a six-month holiday to be of use, with a significant minority believing that the extension would need to be for 12 months.

The survey was carried out last weekend and received a response from 1,149 companies, including from many of our own members. Most were SMEs and smaller businesses – typically with up to ten employees.

Almost half (47%) of the companies surveyed have laid off staff and, in half of the cases where this had happened, more than 30 per cent of staff had been involved. Again, almost half of the companies have availed of the Government wage subsidy scheme. Interestingly others did not take part after taking legal or accountancy advice.

More than four out of 10 of the companies surveyed had shut their doors and expect to remain closed for around 12 weeks. A further 30 per cent had closed their public offices and are operating from home. Some 20 per cent have laid off all their staff.

Meanwhile, Minister for Business Heather Humphreys yesterday announced the expansion of the existing loans schemes available from the Strategic Business Corporation of Ireland (SBCI). The Government says that €1 billion of liquidity supports are now available.

But the Chambers Ireland survey shows that businesses believe that more needs to be done.

Almost all the companies surveyed believe the economy will need a major stimulus once the worst of the crisis is over. Some 95 per cent call for the availability of liquidity grants to help support businesses through the cash squeeze while 96 per cent believe that the temporary measures announced already, such as the wage subsidy, will need to be extended past the original 12 week plan.

More than three out of every four of the companies said the two-month deferral on rate payments which the Government has brokered with local authorities was not sufficient, with a deferral of at least six months called for and some calling for a grace period of a full year.