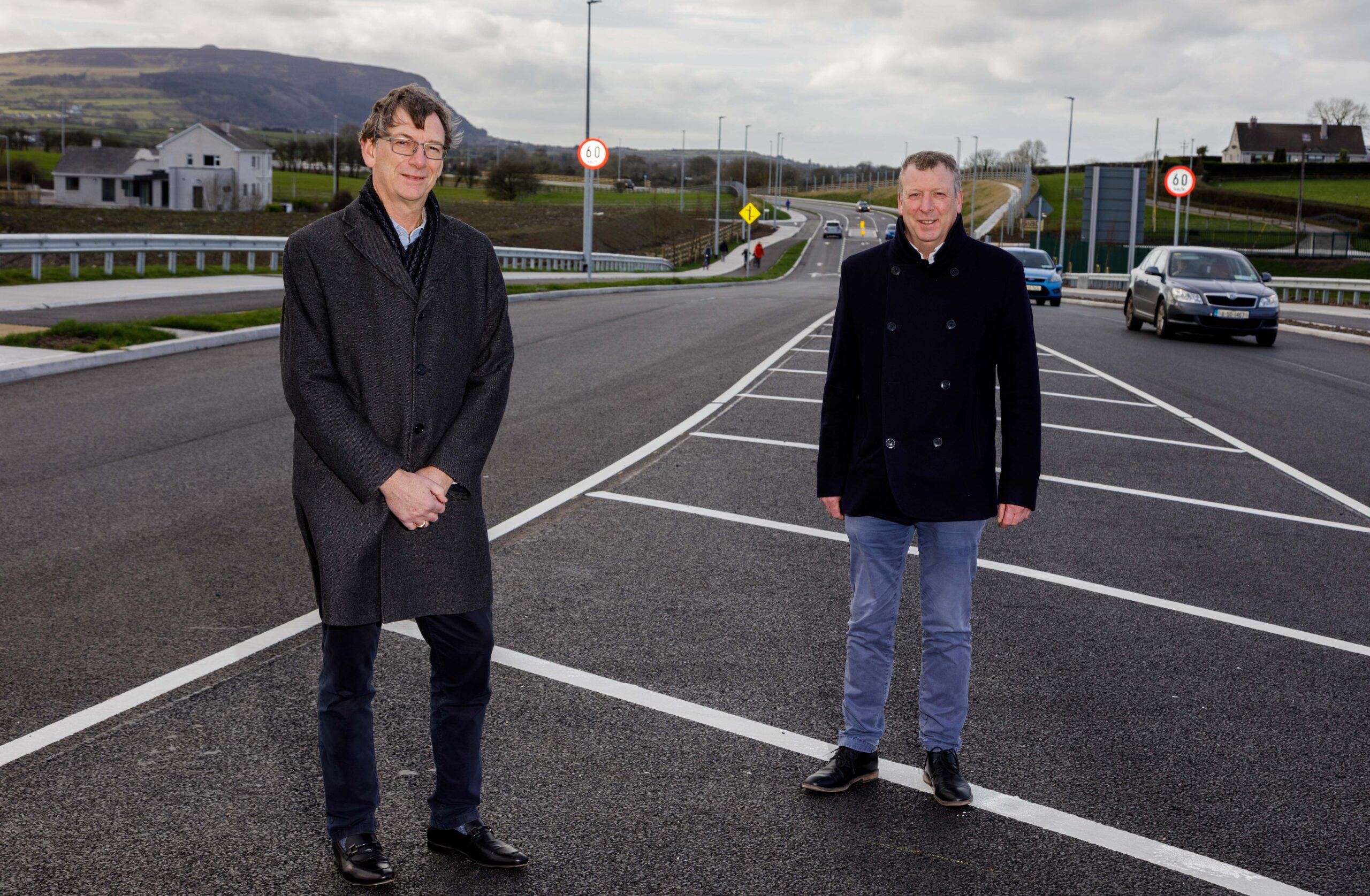 The recent opening of the Western Distributor Road marked the successful culmination of years of lobbying by Sligo Chamber’s Industry Group and paves the way for growth in jobs and housing in the Sligo region.

Back in 2013, when David Kiely was President of Sligo Chamber, there was recognition within the Chamber that essential infrastructure that Sligo needed to attract Foreign Direct Investment would not be achieved without consistent lobbying. So, the Chamber set up an Industry Group to focus their resources on creating the climate for Industrial Growth and to enhance job creation. The recent opening of the Western Distributor Road marks one of their most significant accomplishments to date.

David, a partner and director with Jennings O’Donovan Consulting Engineers, became chairperson of the Industry Group and the Western Distributor Road was among its initial priorities. “At that time, we recognised that something needed to happen to spur the project on, that it wasn’t going to happen otherwise, and that it was going to be crucial for Sligo because Finisklin Business Park was filling up and the WDR was needed to unlock those lands at Oakfield (IDA owned),” David says. “What we were trying to do to remove barriers for Foreign Direct Investment in Sligo. Back at that time there were a lot of barriers in place.”

The Chamber invited IDA chairman Frank Ryan to be the guest speaker at their annual dinner in 2013 and this paved the way for the road to become a reality. “The IDA then committed to funding the design and the land purchase for the Western Distributor Road, which kept the project moving and took it through all the different planning stages. This was at a time during the economic recession when government spending was limited,” David says.

“It’s a key piece of infrastructure that opens up about 80 acres of land for industry and a significant plot of land for housing. It’s crucial because if we want to attract any significant industry into Sligo, they need a large site and that is now available.”

The €30 million new road, which links the N4 at the Caltragh interchange with the Roger Eames Road at Ballydoogan and the R292 Strandhill Road, and which provides access to the proposed new IDA Business Park at Oakfield, will have an official opening once current public health restrictions are lifted.

David, originally from Co Waterford, moved to Sligo in 1990 when he joined Jennings O’Donovan, a multidisciplinary consulting engineering firm specialising in renewable energy, water supply, wastewater treatment and in the provision of planning and environmental services. The company has a proud history of serving Sligo through the Chamber with David’s colleague Conor McCarthy and Austin Jennings, who founded the company in 1950, also having served as Chamber Presidents.

The Industry Group, which has 22 members drawn from Sligo’s business community, meets once a month – currently online due to the pandemic – to assess and implement the next steps in a range of projects to attract and retain industry for Sligo.

“These include lobbying for IT Sligo to be awarded Technological University status as it will be crucial in ensuring that the skills pool will be here for new and existing industries,” David says. “A major focus going forward is the significant upgrading of the N17 between Collooney and Ireland West Airport. That could be 8 to 10 years away from being built but if we don’t keep pushing for it, it won’t happen.”

Outside of Sligo, the Group is also promoting for the N4 Carrick-on-Shannon bypass and for the upgrading of the N4 between Mullingar and Rooskey along with a number of other local and regional projects that will help Sligo realise its potential.